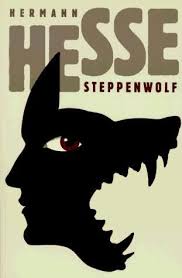 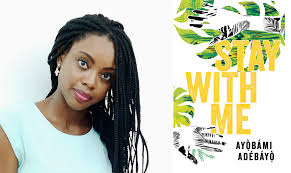 I bought Perfidia by James Ellroy. My copy is 787 pages. I read it in two days.

Residing in my narrow bookshelf, at 90° in the clockwise direction

Every volume has as major characters, in addition to fictional ones, real life politicians at all levels, real criminals and police (hard to tell ‘em apart sometimes), real FBI and CIA officials, real Hollywood stars and producers (be prepared for some shockers), J. Edgar Hoover, Howard Hughes and Joseph P. Kennedy, Sr.; also, JFK, MLK, RFK and their killers; the Ku Klux Klan and the general suppression of the civil rights of Black Americans.

More: the bombing of Pearl Harbor, the internment of people with Japanese names living in the USA; riots in the L.A. ghetto; the introduction of heroin as the drug of choice, condoned, even abetted, by elements of the the FBI and CIA; the conflict in Vietnam and events leading up to it — and yet even more which you will discover for yourself..

But wait! This is not told as if in a history book. The language is at ground level, even gutter level. One gets to know the characters from the inside out. Even stone killers can fall in love. Allegiances shift and change, dangerously, constantly.  A wrong move, a wrong interpretation can mean torture and death, or at the minimum a ruined life. Verisimilitude reigns.

There are countless reviews of these works on the Internet (i.e., I didn’t count them), so I won’t expand beyond what I’ve already written. My purpose here is to bring these stories to your attention and recommend you start at the beginning.

Ellroy was born in Los Angeles, California. His mother, Geneva Odelia (née Hilliker), was a nurse, and his father, Armand, was an accountant and a onetime business manager of Rita Hayworth. After his parents’ divorce, Ellroy relocated to El Monte, California with his mother. When Ellroy was ten years old, his mother was murdered. The police never found the perpetrator, and the case remains unsolved. The murder, along with reading The Badge by Jack Webb (a book composed of sensational cases from the files of the Los Angeles Police Department, a birthday gift from his father), was an important event of Ellroy’s youth.

Ellroy’s inability to come to terms with the emotions surrounding his mother’s murder led him to transfer them onto another murder victim, Elizabeth Short, the “Black Dahlia.” Throughout his youth, Ellroy used Short as a surrogate for his conflicting emotions and desires. His confusion and trauma led to a period of intense clinical depression, from which he recovered only gradually.

Ellroy dropped out of school and joined the army for a short while. During his teens and twenties, he drank heavily and abused Benzedrex inhalers. He was engaged in minor crimes (especially shoplifting, house-breaking, and burglary) and was often homeless. After serving some time in jail and suffering from pneumonia, during which he developed an abscess on his lung “the size of a large man’s fist,” Ellroy stopped drinking and began working as a golf caddy while pursuing writing. He later said, “Caddying was good tax-free cash and allowed me to get home by 2 p.m. and write books…. I caddied right up to the sale of my fifth book.”

After a second marriage in the mid-1990s to Helen Knode (author of the 2003 novel The Ticket Out), the couple moved from California to Kansas City in 1995. In 2006, after their divorce, Ellroy returned to Los Angeles. He is a self-described hermit who possesses very few technological amenities, including television, and claims never to read contemporary books by other authors, aside from Joseph Wambaugh’s The Onion Field, for fear that they might influence his own. However, this does not mean that Ellroy does not read at all, as he claims in My Dark Places to have read at least two books a week growing up, eventually shoplifting more to satisfy his love of reading. He then goes on to say that he read works by Dashiell Hammett and Raymond Chandler.